I couldn’t take it anymore. It was driving me mad. Why were kids who chronically complained about their hatred of reading, devouring these books? 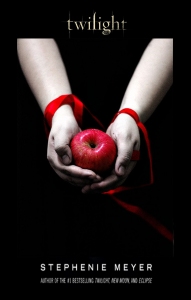 Being the mission-minded gal I am, I decided to find out for myself. So I started reading the Twilight series by Stephenie Meyer. She grabbed me in the first two sentences.

“I’d never given much thought to how I would die — though I’d had reason enough in the last few months — but even if I had, I would not have imagined it like this.
I stared without breathing across the long room, into the dark eyes of the hunter, and he looked pleasantly back at me.”

Bam! She hooked me — and reeled me right in. A few short pages later, I knew Ms. Meyer’s secret to writing for people who rarely read.

Next, I decided to go back and study another series that played the Pied Piper’s flute to many a reader, young and mature, who previously stated their distaste for the written word. Sure enough, J.K. Rowling, of Harry Potter fame, used the same secret strategy as Stephenie Meyer. Both of their method’s are right out in the open, even though they’re hidden in mysterious passages. Rowling begins her first book with this intriguing statement.

”Mr. and Mrs. Dursley, of number four Privet Drive, were proud to say that they were perfectly normal, thank you very much.”

Very different style from Meyer’s, but effective all the same. So what is this magical thread both authors weave so carefully into their books? And how can we emulate the process without plagiarizing their work or voices?

It’s easy. I’ve done it all the way through this post. Are you screaming at the screen yet? “Enough all ready, quit messing with my mind and tell me.”

Meyer and Rowling artfully created cliff-hangers in paragraph after paragraph, culminating in page-turning chapters. Some were so tiny they were nearly imperceptible, while others were breathtakingly obvious. There was no doubt, tapping into simple human curiosity accounted for the multitude of readers desperate for each new release these authors offered.

But both authors were also wise enough to provide the answers to the questions they created, while they simultaneously raised new inquisitive scenarios. They didn’t leave the reader hanging too long.

And this made me realize, I can follow the same method while writing non-fiction. My style isn’t the same. My genre different. My content, theme, and messages often polar opposite to the fictional creations of Meyer and Rowling, but I can still use human curiosity to my advantage.

Who says you can’t build cliff-hangers into true tales and exposition? Look at Laura Hillenbrand’s masterful biography, Unbroken, now a major motion picture. She hooked me when the first scene opened with blazing bullets and circling sharks.

I realized, the best authors of any genre tap into the powerful force that makes inquiring minds want to know. When a book gets slow, the author has failed to make us wait, or has made us wait so long we give up and move onto something else that satisfies our curiosity.

The answer to creating page turning non-fiction is to use the element of anticipation to your advantage. And like me, consider starting your own clandestine words list. I’ve kept one for over two years now, where every intriguing word I hear, read, or think about is added. I used many in my latest book, and plan to use even more as I continue to hone my craft as an author.

Here’s the thing: whisper, allude, hint, or disguise — the secret hides in the use of secrets. This is an author’s hidden weapon.

Are you curious to know what’s on my top-secret words list?

7 Replies to “The Secret to Page Turning Non-Fiction Writing”