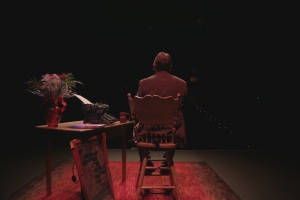 For 20 years now I’ve dragged a suitcase of books from speaking event to speaking event, telling stories, signing books, listening to people in line innocently yammering on while someone else is waiting impatiently to get an autograph.

I’ve spoken from the Statehouse in Boston to a rain-tattered canopy outside a firehall while firefighters let children blast the siren, from hotel ballrooms with nearly 500 people to three people in an assisted-living home, two of whom seemed comatose by the time I’d finished my intro.

Here, then, are four bits of advice about using your speaking engagements to sell books, 19 of which I’ve written, a few of which have actually sold:

I’ve spent far too much of my life trying to convince people that they should believe in me and far too little time appreciating those who do. In the last few years, though, I’ve wised up.

Push on the doors, sure. Push hard. But if they don’t open, stop pushing and go find another door that might. Don’t let your pride get in the way. It’s far more fun doing a small-time gig where people appreciate your being there than beating your head on the door of some larger or more prestigious organization or event that never will.

Partner with one person who believes in you in the community where you’re going to speak.

It was a blustery, rainy Friday night, and I had a speaking gig “up river” in a small community. I honestly wondered if anyone other than the woman who’d organized the talk would come.

After the event, I walked out to my car with more than $500 in book sales, a stomach full of homemade pie and an evening of memories with a bunch of warm, wonderful people.

Why? Because that one woman was an “influencer,” someone people along the river respected. An organizer, someone who can bring an event together. An ally, someone who believed in me.

Someone like that can do more to help your event be a success than hundreds of tweets.

Whether you’re selling books afterward or not, this is simply the right thing to do. Why do concert crowds go nuts when some well-known performer mentions something about their town? Because people take pride in where they live and appreciate it when others do, too.

It shows respect. It shows you care. It shows that you’re not just “mailing it in.”

In one of my books, 52 Little Lessons from It’s a Wonderful Life, I devote a chapter to a simple remark that one of the heavenly angels says to Clarence Odbody before the “Angel Second Class” is sent to earth to help a desperate George Bailey: “If you’re going to help a man, you want to know something about him, don’t you?”

Take the time to know something about your audience. Don’t just do a couple of Google searches. Talk to your host. Make a few calls. Do some reporting.

Never have people had so many options with which to spend their time, so many excuses for not leaving their home.

But, above all, be interesting. I recently went to an author’s event just to see what other writers do. The guy spent the entire evening reading from his book.

That’s the reader’s job. As writers, we should spend our time offering audiences insight that our books do not. Our stories might be the impetus that draws people to our events, but give them something more than a rehash of our book or books.

Besides, if you’re interesting, people are more apt to believe your books will be, too. And there’s no better way to be asked back.

6 Replies to “Four Lessons From the Speaking Circuit”