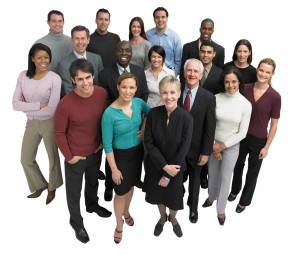 As a writer, the weight of book promotion falls on my own shoulders. Since that gets tiring, I’m always looking for ways to maximize the results of the events I do: my current goal is to market smarter, not just harder.

So when a writer friend told me about the great attendance and good sales she experienced at a multiple author event at a book store, I decided to give it a whirl with both of my book lines. That meant gathering other authors who’ve written about dogs (so I could promote my girl-meets-dog memoir Saved by Gracie) and collecting another crew of authors who’ve written about birds (to expand the audience for my fictional series, Birder Murder Mysteries).

This is how it played out:

National Dog Day. I broached the idea for a National Dog Day Night to a local independent bookstore, and they jumped at the concept! I offered to recruit authors to attend, and the store agreed to stock the books, set up chairs and a microphone, and do publicity. They even partnered with a local dog rescue group for more publicity and support. Luckily, three well-known writers with dog books live in my area, and they readily agreed to participate. We all thought it was a smokin’ idea…but only five people showed up. What went wrong? Personally, I attributed it to the lovely summer weather; I myself would have chosen to be outside with my own dog, rather than inside with authors.

My big score, though, came from meeting the other authors, one of whom asked for an excerpt from my book to run in her monthly newsletter that goes out to thousands of readers. I made a hot contact even if the event fizzled.

For the Birds Night. I took this idea to a local Barnes & Noble and again, the events manager thought it was a winner. This time, it was a monumental headache for me to pin down the authors – talk about a flighty bunch! Not that any of them are absent-minded – it just took me a while to catch all these bird-chasing authors between their travels and professional obligations, not to mention the multiple email addresses so many of them use. I managed to round up five of the original ten that I contacted, and even then, I had one drop out at the last minute due to health issues, and one drop in who’d forgotten to confirm with me months earlier.

The event itself, though, was a big hit! We had over 20 people attend, a lively discussion ensued, and every author was signing several books by the end of the evening. Our B&N hostess invited us back for a spring event, and said her district manager had expressed interest in us taking our event to other stores.

After organizing two group events, my conclusion is that it’s worth the effort in terms of both book promotion and author networking. Upfront sales might be disappointing, but as one more tool in your marketing toolbox, I highly recommend giving it a try.

And keep some aspirin handy.

Have you participated in multiple author events? What was your experience?

4 Replies to “Multiple Author Events – Yes or No?”