How to Breathe Life Into A Back-List 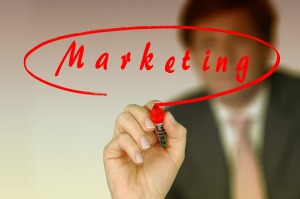 I’ve never been much at the marketing side of this writing business … and I was born in the wrong generation to be adept at social media.

But I knew I had to do something out of my comfort zone. My first book, The Sacred Cipher, is still going strong after five years. Sales for its sequel, The Brotherhood Conspiracy, are disappointing. With the third and last book of the series, The Aleppo Code, due for an October launch, I needed to get to work.

So I proposed a year-long marketing plan to my publisher, Kregel Publications, and asked for their support and participation. This is what I proposed for the first three months:

The Marketing Plan – December thru February:

What Was I Willing to Do?

What Was I Asking Kregel to Do?

(A lot of these requests were not practical. The marketing staff at Kregel explained that it would be too confusing to make changes to the covers of the E-Books on Amazon or Barnes & Noble but not be able to make any changes to the printed books already in circulation. But they did agree to create Back Ads (pages inside the books promoting the other books in the series) in The Aleppo Code and – if it goes to another printing – in The Sacred Cipher. – Terry)

(The entire E-Book promotion I asked for in February has been moved back to coincide with the launch of The Aleppo Code. The marketing staff at Kregel explained that there is a law of diminishing returns with E-Book promotions. They did one a year ago for both books and believe postponing the E-Book promotion until the fall will benefit all three books.)

February 6th: Accelerating the Pace Down the Stretch.