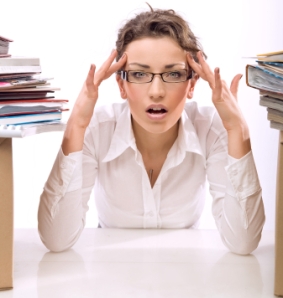 They’re a writer’s worst enemy — they’re this writer’s worst enemy, at any rate. In a perfect word, my writing room would be absolutely quiet with little internet connection.That way, I’m not checking e-mails every five minutes, and Facebook in between.

That’s just not the way it works most of the time, though, is it? I spent a good ten years of my career covering the traveling circus known as NASCAR. Believe me, you’ve never lived until you’ve tried to file on deadline, two hours after a race, in room full of tired and grumpy fellow reporters. Or better yet … during practice, with twenty or thirty high-powered race cars roaring around the track and another twenty more in a nearby garage tuning up their engines.

Headaches? There are headaches, and then there are filing-on-deadline-in-a-NASCAR-media-center headaches. Working in that kind of environment seems as far from the perfect-world writing room as it is possible to be.

Come to think of it, the room would be sound proof. My wife and I have twin sons, Adam and Jesse, who are 13 and in the eighth grade. When they’re out of school in the summer and home all day, it’s almost as if I’m back in some NASCAR media center somewhere and trying to write.

A few minutes of relative peace and tranquility are again interrupted by a blaring video game, enhanced by our sound system. Is there anything more aggravating than trying to write with a Minecraft soundtrack playing full blast in the background?

A couple of years ago while working on my book Wheels Stop: The Tragedies and Triumphs of the Space Shuttle Program, I had the opportunity to do a telephone interview with former NASA Administrator Michael Griffin. The man has like seven different academic degrees, was the top guy in the uppermost echelons of the agency, and had been named one of Time magazine’s 100 most important people in the world at one point.

There I was, trying to ask questions that sounded a little more in-depth and intelligent than, “Boy, that Space Shuttle sure is neat, huh?”

I had the speakerphone turned up in order to get a good recording when Jesse chose to walk through the kitchen, just a few feet from the open door of my home office. It could have been his Asperger’s — or just being a teenaged boy — but he announced at the top of his lungs …

Dr. Griffin surely heard Jesse, because he paused in mid-sentence, evidently waiting for me to go strangle my son. Mercifully, after just an awkward moment or two, he continued on and never mentioned my son’s digestive issues. The interview turned out to be a productive one, and an important addition to the research for my project.

And I didn’t even have a perfect writing room. Go figure.

2 thoughts on “The Perfect-World Writing Room”