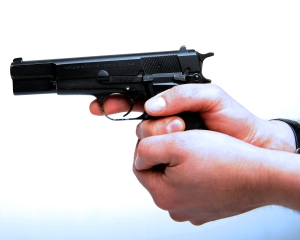 A friend who has been serving as a reviewer of new books for a major Christian magazine recently told me that she was thinking of giving up reviewing because the books get worse every year: sappier and less realistic and just plain boring. Her comment got me thinking about my Christian students’ struggles as writers and what struggling alongside them has taught me.

The stuff of most creative writing is story—the account of something that happened. That’s because, without something happening, there’s little to tell. Nonfiction works of all sorts and even the most lyrical of poems proceed via story, if only implied. Fiction, of course, is all about story.

Even the simplest of sentences tells a story: the subject has to do something. Often a lot of somethings, as there’s rarely only one verb—one instance of something happening, that is—in a given sentence. And in the more interesting sentences, subjects don’t just do something but interact with others—direct and indirect objects, subjects of dependent clauses and infinitive phrases—doing their own things.

The most successful stories, by their nature, involve rich, round characters. To create such characters, I tell my students, they must “tell the good about the bad and the bad about the good.” In novel workshop, though, my students invariably start out with flat characters whose believability is further hampered by their being in some way outside of society: outcasts incapable of interacting.

“No,” I tell them. “You have to make your characters interact, talk to one another, be in conflict. If you don’t, then nothing’ll happen. And if nothing happens, you won’t have a story.”

Still they resist, hold back, thinking that by leaving out crucial details—characters’ names or some conversation in which a key event occurs—they’re creating suspense that will make their readers want to read on and find out.

“But we won’t want to read on,” I tell them. “Suspense is created through building, not omitting. Yes, there are things you should omit. Chekhov said leave out anything that doesn’t drive story, that if there’s a gun on the mantelpiece at the beginning of your story, it has to be fired. But that’s just it. In the story of that gun being fired, the gun needs to have been on the mantelpiece—or under the sofa, loaded, where the toddlers are playing—in the first place.” All the stuff of the drama needs to be there, on the page, for the story to succeed.

With these tenets of storytelling in mind, I would like to consider the central story of much contemporary writing about faith: I once was lost, but now I’m found. It’s a story believers feel called to tell and need to tell—the very stuff of evangelism—but they often want to leave the first part out.

The story of the lostness, the sin-life that necessitated the salvation, is Every-Believer’s gun on the mantelpiece, but it poses some problems for the teller. Stories of sin often take us to material that might offend our believing audience, for one. Worse, to tell one’s sin-story convincingly—that is, concretely—is to become the sinner to one’s audience, particularly if the sin-story one tells is of sin engaged in after one became a Christian. Of course, none of us stops being a sinner after being saved, but we don’t want anyone to know about that.

This is perhaps why, though I’ve attended all sorts of churches in which the prayers of the faithful are publically identified and offered up, I have never once encountered among the litany of prayers for the sick and grieving, for job losses, for the birth of a child or the selling of a house any of the prayers I typically find myself praying. Prayers about my failures as a wife and a mother and as a friend and a colleague and a neighbor. Prayers of a desire to be led out of some specific temptation. Prayers expressing an explicit resistance to letting God’s will be done.

There are practical reasons for keeping one’s present and past sins secret, but there’s more to it than that, I think. As believers, we want to pretend that sin stops, that there’s a “before” to our Christian story that’s understood and doesn’t need to be explained—and shouldn’t be, if it involves any unsavory details or questionable language or doubt-riddled claims—and an “after” that is dazzlingly sin-free, more pure and clean than any on earth could bleach it.

The problem is, without telling the before—well and concretely—we can’t really convince anyone of the after. Or interest them in it.

Which leaves me with some questions for my fellow Christian writers out there to consider. What can and should Christian creative writers do about the nasty aspects of their faith stories? Avoid them? Tell them? Tell them vaguely? And what are the repercussions of each choice?

13 Replies to “Telling the Nasty Stuff”