Exciting things have been happening at WordServe Literary this month!

Julie Cantrell re-released Into the Free and When Mountains Move with Thomas Nelson. Into the Free, now a New York Times Bestseller, follows the story of Millie Reynolds in Depression-era Mississippi as she tries to break her family’s longstanding cycle of madness and abuse. When Mountains Move takes up the story as Millie prepares to get married and move to the wilds of Colorado–only to find she can’t truly leave her old past behind.

Rebecca DeMarino published To Follow Her Heart, the concluding volume of her Southold Chronicles Series, which plunges readers into a 17th-century world of tall ships, daring journeys, and yearning hearts.

Cheri Fuller released Mothering by Heart with Barbour. Through engaging short stories, inspirational reflections, Scripture, creative ideas, and thought-provoking questions, this short book encourages mothers to relax, embrace their children’s individuality, and rely on God for the wisdom they need.

Greg Johnson, along with many Water Cooler contributors, released Excelling at the Craft of Writing: 101 Ideas to Move Your Prose to the Next Level with FaithHappenings Publishers. The easy-to-read, engaging essays cover a range of topics, from organizing and outlining your work to creating powerful characters and dialogue to fine-tuning your language, style, and voice. The perfect place to start for any writer hoping to reinvigorate their writing!

Sarah Parshall Perry released Mommy Needs a Raise with Revell. Women know that raising children will be different from climbing the corporate ladder. But nothing can truly prepare them for the mind-muddling world of motherhood. With her signature wit, lawyer-turned-full-time-mommy Sarah Parshall Perry invites mothers to join her as she gives up one thing to get something better–and ends up finding out what she’s worth along the way.

Jordyn Redwood released Fractured Memory with Love Inspired Suspense. United States marshal Eli Cayne saved Julia Galloway’s life once…and he’s prepared to do it again. But his task would be easier if she could remember him—or the murderer who almost put her in an early grave and seems to be hunting her once more. Fractured Memory keeps readers on the edge of their seats as the two work together to confront Julia’s past—and the feelings growing between them.

Mike Yorkey released Playing with Purpose: Tackling the Truth with Barbour Books. Filled with inspirational readings that draw spiritual points from players and coaches, important games throughout football history, and teams spanning the NFL, college, and high school, this book will challenge and inspire you to draw wisdom from both the game and God’s Word.

Carole Avriett signed with Regnery Publishing for her new book, The Boys from Coffin Corner. Releasing in early 2018, it will tell the true story of a WWII B-17 crew shot down over German-occupied France and the unlikely survival of all ten men against incredible odds.

Jan Drexler signed a 3-book deal with Love Inspired for a series of Amish novels, The Prodigal’s Brother, His Chosen Family, and His True Path, for publication in 2017 and 2018.

Marjorie Jackson signed with Barbour for her novella Devoted, for publication in 2017.

Jordyn Redwood signed a two-book deal with Love Inspired Suspense for The Doctor’s Redemption and The Doctor’s Spy, due to be released in 2017 and 2018 respectively.

Christopher and Michael Ross signed with Harvest House for Finding Faith in a Minecrafty World, a devotional that guides young readers through the fantastic landscapes of Minecraft, revealing clues for a stronger faith and much more fun in the real world.

Anita Agers-Brooks released her second book, Getting Through What You Can’t Get

Over with Shiloh Run Press. 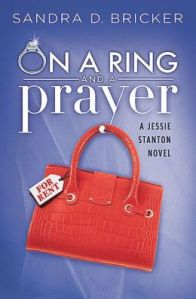 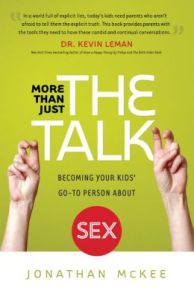 the Talk along with Sex Matters. 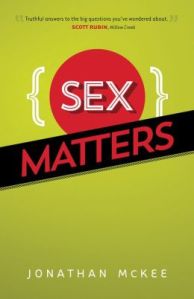 Sarah Parshall Perry released her book with Revell Publishers, Sand in My Sandwich. 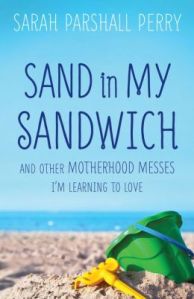 Marcus Brotherton will be working with Robert Morris on a collaboration project in partnership with Thomas Nelson. Greg Johnson, agent of record.

Rick Lawrence signed a new contract with Group Publishing for his 2016 release, The Jesus-Centered Life. Greg Johnson, agent of record.

Mike Yorkey will be working with Ken Verheyen on a collaboration project for his book Crazy Success. Greg Johnson, agent of record.

AFFIRM Films and Mass Hysteria Entertainment Inc. have announced their partnership to develop a motion picture based on the book, The Devil In Pew Number Seven written by Rebecca Nichols Alonzo with Bob DeMoss

Lauren Scruggs was interviewed on The Today Show on 3/6/15!

Tricia Williford’s And Life Comes Back is a finalist for the 2015 Christian Book Award in the category of New Authors!