Years ago Ethan Pope and I wrote a book together called There’s No Place Like Home (Broadman & Holman). Thanks to email, the phone, and a fax machine, we were able to communicate pretty well back them. But not nearly as well as Karen Jordan and I recently did as we worked together on a book proposal. Our collaboration was so much easier because of Google Docs!

What is Google Docs? It’s a free online word processor available to anyone who has a gmail account (which you can get for free). Like most word processing programs, it makes it possible for you to change the appearance of a document: the size of the text, spacing of lines, paragraph styles, headings, etc.

It also allows you to write, edit, and collaborate with others at the same time. And you can upload a Word document and then convert it to a Google document that can be edited by multiple people from different locations.

When you want to share your Google Doc, you can grant three different levels of editing permissions:

The sharing settings can be changed anytime.

Another neat feature of Google Docs is that it allows you to see your revision history. If needed, you can restore a document to a previous version. When you are satisfied with your Google Doc, you can download it in another format such as Microsoft Word, pdf, plain text, etc. And, you can even publish it to the web.

If you would like to email your documents to other people, you can do that, too. And if all of this isn’t enough, you can put Google Docs in your Android or iPhone.

I consider myself to be a novice when it comes to Google Docs, but using it was invaluable to Karen and me! Those wanting to try it out could learn much more about it by visiting Google’s “getting started guide” and the Google Docs blog.

Also, you may want to watch this free webinar given to teachers about how to use Google Drive and Google Docs. I watched it and thought it was helpful.

Yes, a lot has changed in the world of technology in the last decade. One wonderful tool for writers who want to work together is Google docs!

If you have been using Google docs, what tips and suggestions do you have for writers who want to collaborate? 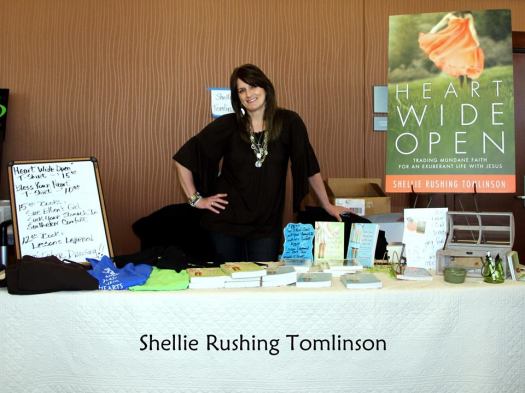 Looking for marketing help, dear writer? Why, you’re in luck! Step right up to the Internet and tell old Google what you need, but be prepared to stay a while. A plethora of reading material and marketing advice abounds online, addressing the subject from every imaginable angle–and then some.

Except, perhaps for this one: Don’t overlook the value of marketing your neighbor’s work.

Hear me out before you write me off (weak pun apology). I’m convinced that this would be the type of advice the Apostle Paul might have offered had he ever taught a class in Marketing #101. In God’s School, the way up is down. Or, as Paul said in Philippians 2:3,”Do nothing out of selfish ambition or vain conceit. Rather, in humility value others above yourselves.”

Yes, it’s challenging to understand how to apply those holy words to our writing lives. Especially when we’re constantly reminded that our platforms are everything and publishers find us only as attractive as our last sales numbers. But if God’s word doesn’t apply to all of our lives, it applies to none of it.

Selfish ambition is building our platforms with tunnel vision to the work of everyone around us.

God’s way is to step away from my work long enough to value yours.

It’s a valuable principle of marketing. I once thought I stumbled across it accidentally, but I now believe it has been entirely by God’s design. He orchestrated it through my work as a radio talk show host when I began reserving a segment of time to interview other authors. In the early days of All Things Southern LIVE, these were authors I met during my travel– until publicists began discovering this new venue and pitching their clients’ work.

I need to say this: I don’t promote everything that comes across my desk. Sadly, this is often a matter of pure time constraints. I don’t have the air time to interview even half of the authors whose galleys find their way to my desk. At other times, it’s a matter of my personal reading preferences or my understanding of the reading habits of my listeners. However, for these very reasons, when I do read something that entertains me, challenges me, encourages me, or flat out stretches me, I’m able to bring it to my listeners with authentic excitement. My audience knows this, so they trust my recommendations.

So, how does this help my marketing efforts? Well, that’s the beautiful thing. God’s way is always a win-win. Over and over I’ve seen how celebrating the works of others rebounds to bless my own career.

We’ve all been told to build a reader base and encourage that connection by staying in touch. We also know how distasteful it is to promote our own work. Introducing other authors to our readers–when we’re genuine about their work–allows us opportunities to stay engaged and interact with our communities in a natural way. In turn, our relationship with those authors invariably leads to our introduction to their readers.

Now that is marketing we can all manage. Can I get a witness?

I never intended to be a collaborator.

For the record, my plan was to be a wildly successful, insanely rich novelist. People were going to mention me in hushed, awestruck tones along with other “last name only” fiction writers. You know: Peretti, Dekker, Grisham, Koontz, King, Pence.

I broke into book publishing in 2001 by writing computer books. In 2003, my dream was fulfilled. I was a published—and soon to be famous—novelist. By 2005, (despite excellent reviews) my “career” had pretty much ground to a halt. In fact, in May of that year I hung up my keyboard and joined the prison ministry staff of a large Dallas mega-church, feeling that my grand experiment in full-time freelance writing was a failure.

God had other plans. 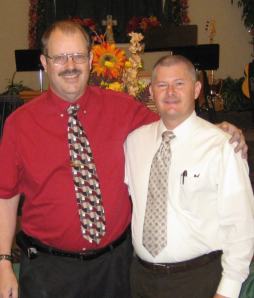 In my last post, (Oct. 1, “You Never Know”), I told the story of how God took a single page from my out-of-print novel Blind Sight and used it to change the life of Terry Caffey, a man whose family was brutally murdered. God not only used that page to change Terry’s life; He also used it to change the entire direction of my writing.

In January of 2009, Terry asked me to help him write a book that would tell his story.

I hadn’t written or published in four years and, as I already mentioned, collaboration was not in my long-term plans. However, because I wanted to encourage Terry, I agreed to help him write a book proposal.

Because of the intense media interest in Terry’s story, Tyndale snapped up the proposal and put the book on an accelerated publication schedule. We signed a contract in March of ’09 and the book was set for a September release.

I had to write it in twelve weeks.

The accelerated writing schedule was probably a good thing because I didn’t have the time to give in to sheer panic. I’d never collaborated before, and I had no earthly idea how to go about it. But it was a door that God had opened, and so I trusted Him for the wisdom.

I dusted off my little digital voice recorder and began interviewing Terry. Then I worked at 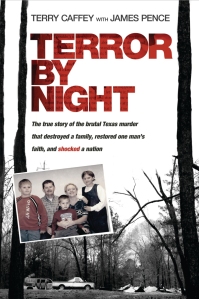 outlining the book, selecting the stories that would go into it, even using my fiction-writing skills to lay out a plot-line.

As I worked with Terry and wrote what would become Terror by Night, I began to notice something unexpected.

I was enjoying myself immensely.

I love telling stories, but I had no idea how much I would enjoy helping other people tell their stories.

And so now I happily call myself a collaborator. I spent most of 2011 writing a book about Nate Lytle, a young surfer who made a miraculous recovery from a massive traumatic brain injury. I also collaborated on a novella with bestselling author Stephen Arterburn. And I’ve got proposals in the works for two more collaborations, one fiction and the other nonfiction.

I never intended to be a collaborator.

But God led me through an unexpected door and down an unplanned path. And in doing so, He changed the direction of my writing ministry.

Has God placed some unexpected doors or unplanned paths before you? I hope that in 2012 you’ll take a chance and go through them.

“A person plans his course, but the Lord directs his steps,” (Proverbs 16:9, NET Bible).