Much has been happening this month at WordServe Literary . . . our highlights below include new releases, contracts signed, notable reviews and PR events, new authors to the agency and other news of note by clients and agents. 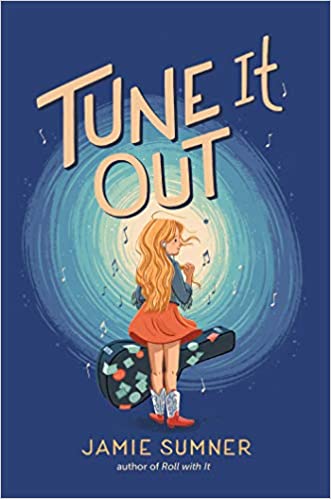 Congratulations to Jamie Sumner for the August 31st paperback release of  Tune It Out from Atheneum Books.

From the author of the acclaimed Roll with It comes a moving novel about a girl with a sensory processing disorder who has to find her own voice after her whole world turns upside down.

Lou Montgomery has the voice of an angel, or so her mother tells her and anyone else who will listen. But Lou can only hear the fear in her own voice. She’s never liked crowds or loud noises or even high fives; in fact, she’s terrified of them, which makes her pretty sure there’s something wrong with her.

When Lou crashes their pickup on a dark and snowy road, child services separate the mother-daughter duo. Now she has to start all over again at a fancy private school far away from anything she’s ever known. With help from an outgoing new friend, her aunt and uncle, and the school counselor, she begins to see things differently. A sensory processing disorder isn’t something to be ashamed of, and music might just be the thing that saves Lou—and maybe her mom, too. 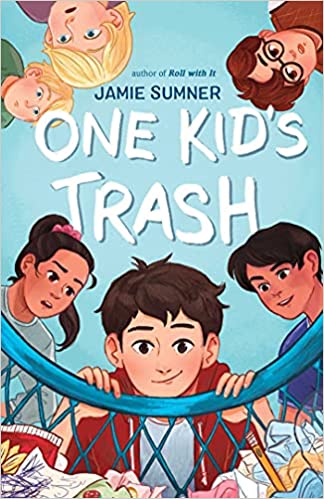 Congratulations to Jamie Sumner for the August 31st hardback release of  One Kid’s Trash from Atheneum Books.

From the acclaimed author of Roll with It and Tune It Out comes a funny and moving middle grade novel about a boy who uses his unusual talent for decoding people’s trash to try to fit in at his new school.

Hugo is not happy about being dragged halfway across the state of Colorado just because his dad had a midlife crisis and decided to become a ski instructor. It’d be different if Hugo weren’t so tiny, if girls didn’t think he was adorable like a puppy in a purse and guys didn’t call him “leprechaun” and rub his head for luck. But here he is, the tiny new kid on his first day of middle school.

When his fellow students discover his remarkable talent for garbology, the science of studying trash to tell you anything you could ever want to know about a person, Hugo becomes the cool kid for the first time in his life. But what happens when it all goes to his head? 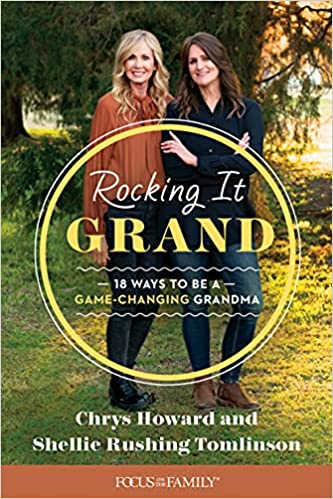 Congratulations to Shelie Rushing Tomlinson with Chrys Howard for the November 9th paperback release of  Rocking It Grand – 18 Ways To Be A – Game-Changing Grandma from Focus on the Family.
Grandma―You Can Be a Game-Changer for Generations to Come.
Today’s grandmas live in an ever-changing, fast-paced, highly-competitive, busier-than-ever world. We struggle with balance as we help our children manage theirs―grandbabies, work, exercise, staying healthy, and leading our growing families.

Chrys Howard and Shellie Tomlinson have more than 20 (as of now) grandchildren between the ages of newborn to 30 years old. Together they inspire grandmas with personal stories, learned insight, relevant Scripture, and a few laughs to encourage new and seasoned grandmas to press on.

Rocking It Grand includes four, easy-to-remember R’s in each of the 18 devotions:

Become more confident and intentional with your grandchildren, your adult children, and their spouses; more grounded in your faith; and ready to rock your role as the best grandparent you can be.

Congratulations to Denise George with Andrew Gerow Hodges, Jr. for the paperback re-release of  Behind Nazi Lines from Penquin Random House.

In 1944, hundreds of Allied soldiers were trapped in POW camps in occupied France. The odds of their survival were long. The odds of escaping, even longer. But one-man had the courage to fight the odds . . .

An elite British S.A.S. operative on an assassination mission gone wrong. A Jewish New Yorker injured in a Nazi ambush. An eighteen-year-old Gary Cooper lookalike from Mobile, Alabama. These men and hundreds of other soldiers found themselves in the prisoner-of-war camps off the Atlantic coast of occupied France, fighting brutal conditions and unsympathetic captors. But, miraculously, local villagers were able to smuggle out a message from the camp, one that reached the Allies and sparked a remarkable quest by an unlikely—and truly inspiring—hero.

Andy Hodges had been excluded from military service due to a lingering shoulder injury from his college-football days. Devastated but determined, Andy refused to sit at home while his fellow Americans risked their lives, so he joined the Red Cross, volunteering for the toughest assignments on the most dangerous battlefields. In the fall of 1944, Andy was tapped for what sounded like a suicide mission: a desperate attempt to aid the Allied POWs in occupied France—alone and unarmed, matching his wits against the Nazi war machine.

Despite the likelihood of failure, Andy did far more than deliver much-needed supplies. By the end of the year, he had negotiated the release of an unprecedented 149 prisoners—leaving no one behind. This is the true story of one man’s selflessness, ingenuity, and victory in the face of impossible adversity. 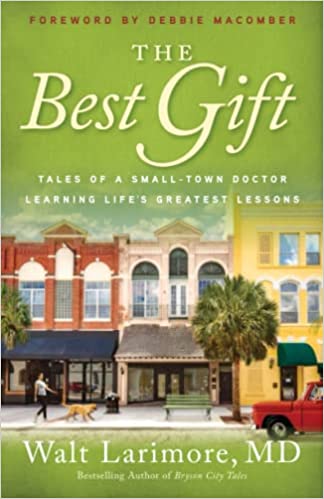 Congratulations to Walt Larimore, MD for the paperback release of  The Best Gift: Tales of a small-town doctor learning life’s greatest lessons from Revell Publishing.

When Walt Larimore, MD, moved his young family to Kissimmee, Florida, to start a small-town medical practice in 1985, he had no idea he was embarking on an enterprise that would change his life in ways both large and small. Dr. Larimore shared some of these heartwarming and heartbreaking tales in The Best Medicine. Now he offers up more charming stories of his time as a family physician in a rural, small-yet-growing town in The Best Gift.

Ideal for anyone wrestling with the inevitable and difficult storms of life, as well as fans of Dr. Larimore’s popular Bryson City series, The Best Gift is a tender and insightful collection of stories chronicling one young doctor’s spiritual growth as a physician, husband, father, and community member. Filled with characters colorful and crusty, warmhearted and hotheaded, witty and winsome, these captivating stories glow with drama, heartbreak, warmth, love, and humor. You’ll laugh. You’ll cry. You’ll learn some of life’s greatest lessons. And you’ll wish Dr. Larimore was your doctor.

John Meador signed with The Good Book Co, for Coming Back from Any Setback to be released May 2023

Beginning January 1, WordServe literary agent, Nick Harrison, will assume the newly created position of WordServe Writing and Proposal Coach. Nick’s new duties will include finding promising proposals and book ideas that can be represented by WordServe agents to the appropriate publishers. In this role, Nick will work with authors to make sure their proposals are ready to be reviewed by acquiring editors in our industry.

Congratulations to Katie Powner.  Her book A FLICKER OF LIGHT is a finalist for the Kipp awards.  The Kipp Award is a contest to celebrate notable Christian Fiction sponsored by Fiction Readers Summit. This is a 100% reader nominated prize and the winners are also selected by readers. We think that’s pretty special! Please go to the link and vote for Katie before December 5th.  Clink Here

Congratulations to Fred Sievert for the book review in Christianity Today on his book, Fast-Starting A Career on Consequence. Read the full review at:  2021 Holiday Gift Guide for Book Lovers

Congratulations to Terry Whalin on his article Winning Attention with That Book Proposal in the November 12, 2021 issue of Publishers Weekly.