I am trying to teach the students in my novel workshop how to read as writers. The goal is to learn how novelists do their craft—how they integrate exposition into a scene, how they move in and out of the foundational tense into others, how they make us believe in a character, how they get us interested in a conversations, what they include, what they leave out. 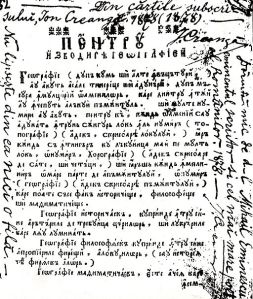 “Pay attention to what’s working, some specific thing you like, and then try to articulate that as a more broadly applicable strategy toward some narrative end,” I keep telling them.

It’s slow going. My students can identify what they like, but they struggle to see whatever it is outside the context of that particular novel. Or, as the literary critics they’ve been trained to be in their other English courses, they notice symbols or metaphors or some unusual word and then write in their reading journals, “I want to use more symbols in my writing” or “I want to use more impressive diction,” and I am so seized up in apprehension of the heavy-handed artsyness of their next chapters that I dread reading them.

Every once in a while, though, one or the other of them has an electrifying insight, and everyone sees it and gets it and wants to do whatever it is, and my fears about being a terrible teacher are becalmed.

In class yesterday, we talked about one such insight that Sarah wrote in her reading journal: “STRATEGY: Don’t drag characters from point A to point B. Have changes take time. Have them want to do one thing but back out at the last second. Make them change their mind and turn back around to go right back to where they started.”

“Wow! What a good observation!” I said in class. “Why is a slow change, two steps forward and three steps backward, so much more effective in fiction than an instantaneous change, do you think?”

“Because it’s how we change in real life,” someone else said.

That’s certainly how it’s been throughout my spiritual life. Reading scripture or having a conversation or listening in church, I’m confronted with some failing of mine and see, very clearly, how I might address it, and I’m resolved—no, genuinely eager—to take action and become a better person. Two steps forward. Then, months or sometimes weeks or only days later, I find myself failing in precisely the same way, having forgotten all my eager plans for improvement.

Or, I’m looking something up in my Bible—the same old, falling-apart one I read for the first time twenty years ago—and I come upon an emphatically underlined passage and a note from me to me scribbled in the margin in the excitement of some forgotten moment of revelation. I knew once exactly how to fix me, evidently, but then, just, never did.

But there is another hope I want to consider today, and it is this: Change—however slow, however miniscule, however hesitant and hobbled by failure—does happen. Because of Jesus, we are, as Paul also promises, “being transformed into his image with ever-increasing glory” (2 Corinthians 3:18).

Strategy by strategy, attempt by attempt, failure by failure—so gradually that we ourselves may not even notice—we believers in the One God Sent are advancing, with ever-increasing glory, into the perfect people we all want to be.