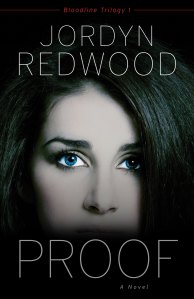 Dr. Lilly Reeves is a young, accomplished ER physician with her whole life ahead of her. But that life instantly changes when she becomes the fifth victim of a serial rapist. Believing it’s the only way to recover her reputation and secure peace for herself, Lilly sets out to find–and punish–her assailant. Sporting a mysterious tattoo and unusually colored eyes, the rapist should be easy to identify. He even leaves what police would consider solid evidence. But when Lilly believes she has found him, DNA testing clears him as a suspect. How can she prove he is guilty, if science says he is not?

Judy Gordon Morrow is a lifelong lover of words and has published poetry, articles, song lyrics, and devotionals. Her first book dealt with pregnancy loss, followed by nine gift books. In her prior “word-lover jobs,” she served as a school librarian, newspaper copyeditor, and nonfiction editor at Multnomah Publishers. She speaks at events for women and writers, sharing her passion for the Word and words. Judy is called Mom by three sons and two daughters-in-love and Grandma by one (soon to be three). Judy lives in a charming mountain community in northeastern California, where she savors small-town living. (Agent: Barbara Scott)

Anita Agers-Brooks, a debut author, signed a contract with Leafwood Publishers for her non-fiction book titled First Hired, Last Fired: How to Become Irreplaceable in Any Job Market. Anita manages approximately seventy employees at one of the largest river resorts in the country. She speaks annually at the National Professional Paddlesports Conference and also teaches at their national business school. She is a speaker for the National RV and Campground Association and the Missouri RV and Campground Association. Anita is a speaker on circuit with Stonecroft Ministries, an international speaking ministry for women, and a member of the National Association of Christian Women in Business, Women in Business, National Association of Women Business Owners, and the Christian Writers Guild. She is a graduate of Christian Leaders Authors and Speakers Seminar and is a certified Training Facilitator, Communications Specialist, and Personality Trainer. Check out her blog at www.freshstartfreshfaith.wordpress.com.  (Agent: Barbara Scott)

Pamela Binnings Ewen’s book The Moon in the Mango Tree published by B&H has won the Eudora Welty Memorial Award given by the prestigious American League of Pen Women in their 2012 Biennial Letters Competition. (Agent: Barbara Scott)

Barbara Scott and Sarah Joy Freese attended the Colorado Christian Writers Conference this month. Both Barbara and Sarah met with some aspiring writers, several editors, and current WordServe authors. Barbara presented two workshops at the conference including How to Impress an Agent and Branding. Marlene Bagnull, the conference director, is such a blessing to authors, editors, and agents. Although the days were long, the experience really served as a ministry to all who attended.

What can we help you celebrate this month?