The Encounter: Sometimes God Has to Intervene 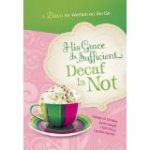 His Grace is Sufficient…But Decaf is Not

The River Queen (Book #1 in the “The Water Wheel” series)

Playing with Purpose: Basketball: Inside the Lives and Faith of Top NBA Stars

On the Romance Shortlist:

On the Speculative Fiction Shortlist:

Susan Scott Krabacher: Haiti Orphan advocate and ministry leader, author of Angels of a Lower Flight: One Woman’s Mission to Save a Country…One Child at a Time (Touchstone, 2007) (www.haitichildren.com).

Valor Studios head Adam Makos and all-star collaborator Marcus Brotherton* are writing Voices of the Pacific, a compilation of alive (and very old) marines who served in the Pacific Theatre during WWII. Many were featured in the HBO mini-series “The Pacific.”  Signed by Berkley Caliber (Penguin).

Adam Makos and Larry Alexander are writing A Higher Call, the true story of American B-52 pilot crippled after a bombing run, and the German fighter pilot who, instead of shooting the bomber down, escorted it safely to British airspace so other German pilots wouldn’t shoot it down, and their meeting, faith, and friendship after the war. Signed by Berkley Caliber (Penguin).

That’s our good news for the month.

Please share yours in the comments so we can celebrate with you.

I write inspirational historical romance. My debut novel, A Bride Opens Shop in El Dorado, California, will be released July 1, 2012. I live in the heart of California’s Gold Country. My favorite places to visit are my fictional worlds, the Coach factory outlet store, and Taco Bell.