Gillian Marchenko’s memoir, Sun Shine Down, was released with T.S. Poetry. Sun Shine Down is about Gillian’s journey through the grieving process of discovering that her daughter, Polly, has Down syndrome. Gillian takes an honest look at what it really means to be the mom of a child with a disability. Her writing is both powerful and poignant and encourages her readers to grapple with the reality that is life.

Deb DeArmond signed two contracts with Abingdon; one for I Choose You Today, the second for Don’t Go to Bed Angry, Stay Up and Fight. Both are non-fiction books on things that truly matter in marriage.

Deb Coty signed with Barbour Publishers for another book of humor with a message. The working title is Too Loved to be Lost, a book on the depth of God’s love for us.

Janice Dunlap signed with Authentic Publishers for her nonfiction memoir Saved by Gracie, the story of her dog that helped bring her back from an emotional and spiritual brink. It will come out in the Spring of 2014.

November 1 marks YEAR 10 of the agency! During that time, we’ve represented nearly 600 books. Our biggest claim to fame, our biggest joy, is the authors we work with on a daily basis. They’re the real stars, and we’re grateful to be here to serve.

The cover of Becky Johnson and Rachel Randoph’s book, We Laugh, We Cry, We Cook was voted one of the top-10 covers for all of CBA in 2013. Great job, Zondervan! 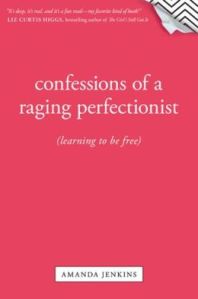 Jennie Atkins signed with Sarah Freese. Excited to have her join our other wonderful WordServe authors!

Keith Robinson signed with Regal Publishing for his non-fiction book titled Is Anybody Out There?

Rachel Moore signed an ebook contract with Cook Communications for her novel titled Language of Sparrows.

Barb Stoefen signed with Zondervan for her memoir titled A Very Fine House: A Mother’s Story of Love, Faith and Crystal Meth

Mike Yorkey signed with B&H Publishing to write the story of Tampa Bay Devil Ray infielder Ben Zobrist, along with his wife Julianne, who is a budding Christian singer.

Dr. Kara Powell from the Fuller Youth Institute signed with Zondervan to write The Sticky Faith Guide for Your Unique Family.

Michelle Griep signed an ebook contract with Cook Communications for her novel, A Heart Deceived.
.

Julie Cantrell is a finalist in the “new author” category for this year’s Christy Awards for her debut novel Into the Free.

Jordyn Redwood for her debut novel Proof, which was a ForeWord Reviews finalist for religious adult fiction.

And Julie and Jordyn both made the Inspy Award Short List for their debut novels.

A Higher Call by Adam Makos continues to stay on the New York Times hard cover nonfiction list, having made it in the top-15 every Sunday in April.

Thank you to Writer’s Digest magazine for naming the WordServe Water Cooler one of their 101 best websites for writers for 2013. We are honored!

I was driving through the resort grounds in Jamaica, navigating the unfamiliar territory with difficulty in the darkness, when I saw the sign: “Sleeping Policeman.” I was wondering what a police barracks was doing on the grounds of the hotel when I was sent airborne, straining at the seatbelt while my back teeth clattered together. In the clarity that followed, I realized that I’d just seen the Jamaican equivalent of a “Speed Bump” sign.

1) Constructive criticism is necessary. When we write, we know that ultimately someone is going to read what we produce. That’s what it’s all about. But if the only person who reads our work before we submit it to an agent or editor is our spouse or parent or Aunt Sally, we can’t expect any beneficial feedback.

The beginning writer doesn’t generally produce a Pulitzer Prize-winning first novel. But informed and constructive criticism allows us to correct our errors—and hopefully refrain from repeating them—so that everything we write afterwards is better than what went before. Find someone who is knowledgeable, ask them to read and critique your work, and be prepared to experience both pain and growth as a writer.

2) Rejections can convey a message. For a writer, rejections are a way of life. We might as well get used to it. But sometimes, in addition to the usual boilerplate language of “Not right for us at this time” or “Doesn’t fit into our plans”—both of which could be true—an agent or editor may make a comment. When that happens, pay attention.

Admittedly, there are times when the comments aren’t exactly helpful, as when an editor returned one of Tony Hillerman’s stories with a note to the effect of, “This might be better if you get rid of all that Indian stuff.” Of course, Hillerman went on to be an award-winning, multi-published novelist with his books about Jim Chee and Joe Leaphorn. But sometimes there’s a ray of hope in the comment, such as “I’d be interested in reading this again if you (fill in the blanks)” or “This shows great promise. I’d like to see your next one.” That’s when you take a deep breath and plunge on. The speed bump has slowed you, but it hasn’t brought you to a stop—just redirected you.

3) Hurrying can cause problems. Admittedly, I was in a hurry when I first made the acquaintance of the “Sleeping Policeman” in Jamaica. I’d have been better served by driving more slowly in the first place. That lesson can carry over into writing. Don’t be in a hurry.

You’ve just typed the last line of your first novel. Now how quickly can you send it off the every agent on your list? Hold on. I did something like that with my first novel, submitting it to the editor who’d encouraged me at a conference, and now I’m embarrassed to read it. It was a good first effort, but by no means was it a publishable book. The best advice I can give you is to let the manuscript cool—for a week, a month, or more. Then read through it like an editor, not a writer. Can you remove excess words (or, as Mark Twain put it, kill the adverbs) and passive voice passages? Are your characters well-drawn? Does the plot move smoothly and logically? Then, when you are sure it’s your best work, send it off.

What next? Why, start on the next book. Speed bumps are meant to slow you down, not stop you and make you turn back. Good luck. 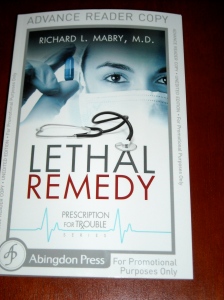 You didn’t really think those book reviews in the New York Times or the major newspaper in your home town just appeared on their own, did you? Publishers provide advance review copies (ARCs) of  books to the reviewers at these papers. Multiply that by hundreds of publications, from large ones such as Library Journal to smaller or specialized ones such as The Suspense Zone and you see the magnitude of the process. There’s a good bit of decision-making in sending out ARCs to reviewers. But one good review at a major site can result in the sales of hundreds of books. Each publisher has a long list of potential reviewers. It’s the job of the marketing department to match each book with appropriate sites to receive ARCs.

As for endorsers, these are the people who write one- and two-line squibs that appear on the cover or just inside book. For example, the hope is that you’re more likely to buy my novel if you look at the back cover and see that a respected author said, “Lethal Remedy is the perfect cure for boredom: a first-rate medical thriller with humor, engaging characters, and realism that only a seasoned doctor could bring to the story.”

Who lines up endorsers? It varies. Authors, agent, publishers all participate in the process, and it varies with each of them. In my case, I personally contact all my possible endorsers. I make the following stipulations: if they agree, they’ll be sent an ARC with a view to endorsement if they have the time, can read the book, and truly endorse it. So far, the only negative responders have been those with time crunches due to their own writing deadlines.
Then what is an influencer? These are people whom you hope will read the book, like it, and tell others. They’re people with large blog followings. They’re church and public librarians. They’re the heads of book clubs. The list can be huge, but again economics rears its ugly head, so distribution of ARCs to influencers must be limited. I sweat bullets over the list I turn in with each book, knowing that I’ve probably forgotten some important people.

Writing the novel is just the first step. Then you hope to get an agent and eventually a contract. After that comes the editing process. Is that all? No, now you have to think about ARCs and endorsers. The fun never stops, does it?

Richard L. Mabry, MD, is the author of the Prescription For Trouble series of medical thrillers. His latest novel is Lethal Remedy. He also serves the ACFW as Vice-President. You can learn more about him at his website and follow him on his blog.