As usual, some great things have been happening this month at WordServe Literary!

Congratulations to Sarah Varland and Love Inspired for the August 1st release of Alaskan Showdown.

What she uncovers sheds light on a cold case…and can put her in a grave.

After finding the body of a missing hiker in her small Alaska town, search-and-rescue dog handler Adriana Steele becomes the target of a serial killer thought to have been inactive for decades. Now Adriana’s determined to help Officer Levi Wicks catch the murderer. But with the cold case heating up…the jaded officer is all that stands between her and death.

Congratulations to Kate Hurley and Harvest House Published for the release of the new expanded version of Getting Naked Later: Making Sense of the Unexpected Single Life.

Will I always be lonely if I end up alone?

You thought you’d be married by now, but you’re not. Even though your friends in relationships love to tell you that singleness is a gift, this gift comes with its share of fear, grief, and still-to-be-answered prayers.

Life coach and singer-songwriter Kate Hurley has been there, and now she encourages you to open yourself to new opportunities and relationships of all varieties. Getting Naked Later will help you…

You don’t need to give up on romance, but you also don’t need to live on standby, expecting someone else to give your life meaning. Learn how to stop waiting and start embracing your life—right where you are.

This is an expanded edition of the previously released book Cupid is a Procrastinator.

This is a first for our agency…a book’s release with the author still in a war zone. Grateful to Ryan Hendrickson for his continued service as a civilian contractor, even after a 20-year career in 3 branches of the military, including the Green Beret’s where he was awarded the Silver Star for Valor, as well as several Purple Hearts (and other medals). Here he is holding a copy of his just-released book in Afghanistan. Salute!!!

Congratulations to Ryan Hendrickson for the release of The Tip of the Spear: The Incredible Story of an Injured Green Beret’s Return to Battle.  This is inspiring true story of a US Special Forces soldier who was medically retired after stepping on an IED, and his incredible return to active duty.

Sergeant First Class (SFC) Ryan Hendrickson is a brave, determined, and courageous soldier — a Green Beret clearing the way for his twelve-man team while conducting combat operations against the Taliban. As the “tip of the spear,” his role is to ensure the route taken by U.S. and Afghan troops are free of IEDs — improvised explosive devices. Many soldiers do not survive their last step; those who do often lose at least one limb.

While rescuing an Afghan soldier outside a mud-hut compound in 2010 — knowing that he was in “uncleared” territory — Ryan stepped on an IED with his right foot. The device exploded, leaving his foot dangling at the end of his leg.

American soldiers losing a limb is an all-too-common occurrence. But what makes Ryan’s story different is that after undergoing two dozen surgeries and a tortuous rehabilitation, he was medically retired but fought to return to active duty. Multiple skin grafts to his leg and right foot successfully reattached his lower leg, and he was aided in his recovery by wearing a new prosthetic device known as an IDEO (Intrepid Dynamic Exoskeletal Orthosis). Once he passed a series of crucial physical tests, Ryan was able to rejoin the Green Berets within a year and physically perform his duties, redeploying to Afghanistan in March 2012.

In 2016, he volunteered to return to Afghanistan with Bravo Company, 2nd Battalion, 7th Special Forces Group. During a firefight with the Taliban, he risked his life under heavy enemy fire to rescue three Afghan soldiers cut off from friendly forces and return the bodies of two dead Afghan soldiers under the ethos that “no one gets left behind.” For his heroic efforts on the battlefield, SFC Ryan Hendrickson was awarded a Silver Star, the nation’s third-highest award for valor.

An engaging and harrowing account, Tip of the Spear tells the amazing story of one Green Beret’s indomitable spirit.

Congratulations to Rick Johnson and Revell for the release of How to Understand the Man you Love.

Men are fairly simple creatures with fairly simple needs. Yet women often find themselves frustrated trying to understand those needs in order to improve their marriages. Relationship expert Rick Johnson ends the guessing game, giving women an open and honest look inside the world of a man’s needs and helping them understand how best to use their influence to have a satisfying and exciting relationship.

Congratulations to Pierce Brantley and David C. Cook for the release of Calling: Awaken to the Purpose of Your Work.

Men today long for a calling but often settle for the next best thing: a job. They aspire for a higher purpose but still have bills to pay and family to support. But what if men could find their calling in the work they are already doing?

In his new book Calling: Awaken to the Purpose of Your Work, author Pierce Brantley uses practical language and shares actionable steps to show men how to redefine the purpose of their work and discover what it means to have a “called career.”

Brantley shows men they can find a meaningful connection with God in the work they are doing right now. Men were designed for this partnership, and once they embrace it they will be awakened to the true purpose of their work—not just a career but a calling.

Bradley Caffee signed with Mountain Brook Ink a three-book deal for “The Chase Runner” Series to be released in 2021 and 2022.

David Dusek signed with Fidelis Publishing, LLC for The Manhood Battle: Tactics to Biblical Manhood Learned from the 7th Cavalry in Vietnam to be released late summer 2021.

David Stoop signed with Revell for Don’t Die Before You’re Dead to be released in the fall of 2021.

Jessica Hooten Wilson signed a two-book deal with BrazosPress for The Scandalous Holy and How to Read Like a Christian to be released in 2021 and 2022 respectively.

Congratulations to Jamie Sumner for the Kirkus Starred Review for Tune It Out. Read all about it here: https://www.kirkusreviews.com/book-reviews/jamie-sumner/tune-it-out/

Congratulations to Katie Powner for the Starred Review from Library Journal for her debut novel, The Sowing Season (Bethany, October 2020). Read what they’re saying here: https://www.libraryjournal.com/?reviewDetail=the-sowing-season

Congratulations to Sarah M. Carlson for the great article on Fox News featuring her book In the Dark of War: A CIA Officer’s Account of the U.S. Evacuation from Libya. Check out the article here: https://www.foxnews.com/opinion/quietly-ferocious-cia-officer-libya-daniel-hoffman. 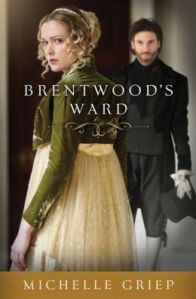 Kate Hurley released her debut nonfiction with Harvest House Publishers, Cupid Is a 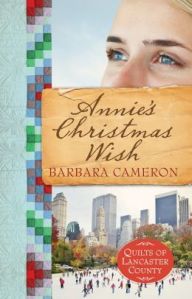 Mandy Steward releases her debut book, Thrashing About With God: Finding Faith on the Other Side of Everything, with David C. Cook.

Joe Wheeler releases Christmas in my Heart #22, another heartwarming collection of Christmas stories, from Pacific Press.

Jeff Calloway signed with Alice Crider. He’s writing about clearing spiritual clutter so you can clearly see God’s vision for your life.

Mike Fechner, a Dallas-based missionary to the inner-city, will write his story with Marcus Brotherton.

Marcus Brotherton has signed with Moody Press for his first novel! Rev Rowdy is the post WWII story of a soldier coming home from the war who finds trouble, but then is convinced by the local sheriff to become the town preacher. Sort of a “Band of Brothers” meets “Mitford” for men.