Congratulations to Leslie Leyland Fields for the April 7 release of Your Story Matters: Finding, Writing, and Living the Truth of Your Life.

Your Story Matters presents a dynamic and spiritually formative process for understanding and redeeming the past in order to live well in the present and into the future. Leslie Leyland Fields has used and taught this practical and inspiring writing process for decades, helping people from all walks of life to access memory and sift through the truth of their stories. This is not just a book for writers. Each one of us has a story, and understanding God’s work in our stories is a vital part of our faith. Through the spiritual practice of writing, we can “remember” his acts among us, “declare his glory among the nations,” and pass on to others what we have witnessed of God in this life: the mysterious, the tragic, the miraculous, the ordinary. With a companion video curriculum from RightNow Media, this is a “why not” book as opposed to a “how to” book. Leslie asks each of us an important question: “Why not learn to tell your story, in the context of the grander story of God?”

Jesse L. Nelson signed with Kregel for How to Preach Life-Changing
Sermons: Six Steps to Developing and Delivering Biblical Messages to be released early 2022.

Congratulations to authors Rebecca George (Wurmbrand) and Jonathan McKee (The Teen’s Guide to Social Media and Mobile Devices) for being selected as finalists for Christian Book Awards.

See all the finalists here:  https://christianbookawards.com/finalists.html

Please join author Amanda Anderson and a virtual community for an eight-week live, on-line study of Amanda’s book, All My Friends Have Issues: Building Remarkable Relationships Between Imperfect Women. This study will take women on a journey through Scripture to discover God’s design for healthy, flourishing friendships that reflect His gracious heart. We will study three foundational concepts: authenticity (being known and loved by God and others); encouragement (comforting and spurring one another on to live out our God-given identity); and accountability (supporting one another in holiness and wholeness). Despite our “issues,” God equips us to form friendships that are a source of joy and spiritual growth. In this unique season, the study will also focus on practical ways to strengthen our relationships despite social isolation.

Check out the link on Amanda’s Facebook Page: https://www.facebook.com/heartintraining/

As usual, some great things have been happening this month at WordServe Literary!

On the final post of each month, you’ll find a list of Water Cooler contributors’ recently released books along with a recap of WordServe client news.

Congratulations to Amanda Anderson and Thomas Nelson for the July 9th release of the Kindle Edition of All My Friends Have Issues.

Why is it so challenging to create and keep meaningful friendships?

Amanda Anderson provides the wise and witty answers, giving practical advice and sharing personal stories to guide us toward the kinds of friendships we long for. Blending faith-based insights and psychological truths, All My Friends Have Issues is a liberating guide to finding and becoming an authentic and encouraging friend.

Congratulations to Tricia Lott Williford and NavPress on the July 9, 2019 release of Just.You.Wait.

Everybody waits. We wait for a spouse, wait for a baby, wait on our children, wait for our parents. We wait for clarity and direction. We wait on a job, a promotion, a new direction. We wait for hope, for healing, and for miracles. We wait on God. And when we misunderstand what waiting is about, we can get confused about what God is up to. Waiting is one of God’s favorite tools. He can do certain things in our hearts, our lives, and our relationships while we wait―things we cannot experience once we’ve opened the gift we have been waiting for. So just you wait, because everyone takes their turn in the waiting room. It’s a long and painful fact of life, but shortcuts and microwaves aren’t the answer. God is at work behind the scenes in invisible ways you can’t see . . . yet. Just you wait and see how ready you’ll be if you spend your waiting well. Because when your opportunity comes, you don’t want to spend more time on the bench. When you wait well, you can say, “Look out, world: I am getting ready to shine. Just you wait.” In these pages, Tricia discusses the joy hidden in the discipline of waiting, and the practices of believing God is for you and working on your behalf, even when the work of His hand is hard to find.

Pierce Brantley signed with David C. Cook for A Man and His Hands due to release Fall 2020.

Daniel Amen signed with Bertrand Editora/Pergaminho Imprint for the Portuguese translation of Feel Better Fast and Make It Last and Memory Rescue.

Congratulations to Bob Welch for his book: The Wizard of Foz: Dick Fosbury’s One Man-High-Jump Revolution for being selected as the NCAA’s Book of the Year!

Jamie Sumner had a piece in the New York Times this month, about the difficulties and joys of summer for parents of kids with special needs. A must read! 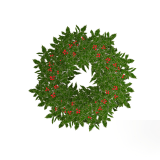 Merry Christmas, and Happy New Year! It’s been a great 2017 at WordServe, and as always, exciting things have been happening this month. But first, some reflections on the year as whole.

When I look back at 2017, the best word that describes it is “Eventful.”

We started the year with All the Gallant Men (Harper/Morrow) staying on the New York Times hardcover nonfiction list for 5 weeks. It’s gone on to sell nearly 160,000 copies, so far. A great tribute for Donald Stratton’s story of surviving the sinking of the Arizona at Pearl Harbor, and then rejoining the fight a year later after his injuries and burns had healed.

And then towards the end, Sensing the Rhythm by deaf jazz singer and “America’s Got Talent” 4th place finisher Mandy Harvey (written with Mark Atteberry) came out with Howard/Simon & Schuster.

In between, we had such notable releases at Dr. Daniel Amen’s new book Memory Rescue (Tyndale), Denise George and Rob Child’s WWII biography, The Lost Eleven (Berkley/Caliber), Steve and Misty Arterburn’s The Mediterranean Love Plan (Zondervan), Christian George’s The Lost Sermons of Charles Spurgeon, Vol I and II (Lifeway), Tricia Williford’s You Can Do This (NavPress) and Julie Cantrell’s Perennials (Thomas Nelson).

The agency continued a string of great books being released and signed:

As we head into 2018, the WordServe family gets a bit larger with agent Sarah Freese due to have her third child in April, and agent Keely Boeving having twins in January!

In the meantime, we wish all of our WaterCooler followers a very Happy and blessed New Year!

Craig Chapman released Battle-Hardened: An Infantry Officer’s Harrowing Journey from D-Day to VE-Day with Regnery Publishing. It tells the fascinating story of an American soldier’s growth from a 2nd Lieutenant eager to prove his worth in battle to a skilled and resolute commander over the course of the Northern European Campaign as he fought against the Nazis.

Shellie Rushing Tomlinson released Devotions for the Hungry Heart with Barbour. Grounded in scripture and Shellie’s signature storytelling style, this devotional invites you to God’s table for a continual feast. With themes including Sharing, Needing, Celebrating, Praying, Surrendering, and Being Intentional, you’ll be challenged and encouraged to develop God-honoring traits in your spiritual life.

Amanda Anderson signed with Nelson for her book All My Friends Have Issues. An exploration of how even flawed women — and what other kind are there? — can find safe, sane friendships in which we help each other become who God intended us to be, it will publish in summer 2019.

Jim Burns signed with Zondervan for his next book, Doing Life With Your Adult Child, which tackles the tough issues and offers honest, practical advice on parenting your adult child.