“But won’t rewriting my work edit the life out of it?” No, but it will catch the eye of an agent or editor as a well-written manuscript and may lead to a sale.

Obsessive editing during the writing process will destroy your work. However, after you’ve written the first draft, gain some distance and perspective on your manuscript by setting it aside for a few weeks or a couple of months. Now it’s time to rewrite.

Here are my top 5 self-editing tips in their order of importance for polishing your work to a high sheen.

The material of the structure is comprised of the elements of the story arc (the basic story thread) held in place by a beginning, middle, and end. Pretty simplistic, huh? Yet the three-act structure has worked since Aristotle’s days whether you write plays, scripts, short stories, or novels. 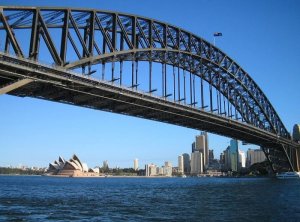 Some authors maintain they have a four-, five-, six-, or even eight-act structure. I maintain if you break down the parts of their story arcs, you will discover classic Aristotelian structure.

Using the bridge analogy, a car drives onto the bridge. This is the point in the novel when you can lose a reader in the first page or two. I’ve thrown many a book (or manuscript) on the pile beside my bed if nothing happens right away. The author might as well have written “blah, blah, blah-blah, blah.”

A novel that piques the reader’s interest starts as far into the story as possible. I don’t want to know that the protagonist’s parents left him stranded in a snowstorm when he was a toddler and that’s why he’s terrified of snow (or abandonment). That’s back story. The story should begin with stasis (a state of equilibrium) and then the main character, pressed with conflict, reveals her goal.

One of my favorite movies is Indiana Jones and The Raiders of the Lost Ark. The story throws you into the action, and the back story―Indy’s character, profession, the setting, and the antagonist―are revealed as Act 1 plays out.

As the story progresses into the middle (Act 2) and the bulk of the novel, you should have rising and falling tension as your protagonist encounters numerous obstacles or crises.

The main turning point, or big surprise, comes in the middle of the novel. By this time the reader believes he has the story figured out. You need to turn his assumptions on their head. The major turning point should be such a shock that no one sees it coming. It should keep your reader up at night turning pages.

The crises continue. Will he? Won’t she? Oh, no! What will happen to this character your reader has invested her time in? Will everything turn out all right? How will the story ever end on a happy, satisfying note now?

Tension mounts and we reach another major turning point before we head into the final third act. Every turning point should be a surprise to the reader.

The crises are unrelenting until we reach the climax halfway through the third act. The protagonist faces off against the antagonist. The clash of the titans ensues. A woman faces her attacker or her paralyzing fear. The antagonist is not always a person. A man pushes his wife out of the path of a stampeding herd of cattle. Will he live? You get the picture.

Tie up all the loose ends of your storyline in the denouement―the final resolution of the plot or story arc. Is your ending satisfying? Does the main character live happily ever after? If you live and write in America, trust me, she better if you want to succeed as a professional author. Americans are eternal optimists.

How will you self-edit your novel to make sure your structure is strong enough to carry your storyline through to the end?

Photo credit: Sydney Harbour Bridge with the Opera House in the background by Ian.